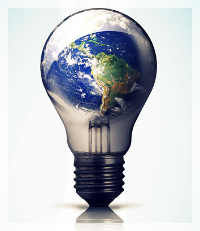 The English translation is self explanatory (below). Please let us know if your organisation is interested in signing her appeal for a European Vegetarian Day. Non-EU signatures are welcome, as a token of solidarity and international cooperation. However, in this special case we cannot accept individual signatures and ask for your understanding.

Deadline for endorsements is Sunday, 7 November - e-mail Αυτή η διεύθυνση ηλεκτρονικού ταχυδρομείου προστατεύεται από τους αυτοματισμούς αποστολέων ανεπιθύμητων μηνυμάτων. Χρειάζεται να ενεργοποιήσετε τη JavaScript για να μπορέσετε να τη δείτε. . FBB plans to send the French letter out in the first half of November, the original and all available translations will appear on the EVANA website the same day. Thanks for your cooperation and

In a few weeks time the climate summit in Copenhagen will take place and I would like to draw your attention to the need for an investigation of livestock farming, the environmental impact of which is very alarming.

As you know, in their report “Livestock a major threat to environment”, the Food and Agriculture Organisation of the United Nations (FAO) states that the livestock sector is emitting more greenhouse gases than those produced by transport (all means combined).

Furthermore the World Bank notified that since 1970, 90% of Amazon deforestation is related to the requirements of the meat industry, thus aggravating the effects of global warming, which worry us so much today.

Moreover, the sector is responsible for 37% of all methane due to human activities (which influence global warming 23 times more than CO2), mainly produced by the digestive systems of ruminants, and 64% of ammonia which contributes to acid rain.

Factory farming also degrades soil and endangers natural water reserves because the production of only one kilo of beef requires 323 m² of grazing land, 7 to 16 kilos of grains or soy and up to 15.500 liters of water!

Thus the livestock sector has a direct impact on global warming, the pollution of soil and water sources, and is a terrible waste since nearly a third of globally harvested cereals are being used for the production of meat.

If the “developed” countries decreased their meat consumption, it would be possible to considerably alleviate global hunger, which kills nearly six million children each year.

Mr. President, faced with these undeniable and somewhat alarming facts, it is our collective duty to act on all levels, including the promotion of a vegetarian lifestyle.

The launch of a “European Vegetarian Day” would be a strong signal. The already existing “World Vegetarian Day” on 1 October unfortunately still lacks official acknowledgement in Europe and for that reason it would be extremely positive to promote this special event within the community of all EU member states and reinforce the initiative by an information campaign about the environmental impact of livestock.

Vegetarianism is an initiative of responsible citizens. To refuse meat consumption represents also the best way to protest against the inhumanity and cruelty on factory farms, during transports and during the slaughter of billions of animals that are sacrificed and eaten each year.

Mr. President, I thank you for taking our concerns into account and discussing this matter during the next climate summit.